Need to get out of a troublesome situation right away?

This app can deceive others by scheduling a fake call to yourself, giving a valid excuse to leave.

To begin, set the number and name of your choice and arrange an exact time you want to receive the call.

This is another excellent prank dial app which can make fake incoming calls. Want to pretend that your boss or partner is calling you? Do so today with Fake Call Plus.

You can also have your favourite celebrity call you, making for harmless fun when fooling friends.

This fake call app gives you additional features. Not only can you schedule incoming calls, but also outgoing calls and missed calls.

Your inbox, draft box and error mailbox and messages sent can also be customized.

Have you scripted a prank call but can’t change your speaking voice?

This app allows you to change your voice during a prank call, with a large variety of voices to choose from.

This popular voice changer app is available for iOS devices and also allows you to change your voice in real-time during a phone call.

Be creative when you make a prank call with custom effects, controlling the way you sound.

You have full customization control as you can mix and match different voices to create your own unique sound.

Some of these include drunk chipmunk, fast mobster and many more.

Set with over 100 pre-recordings with new additionals added daily. Fan favourites such as Buk-Lau and Tyrone Biggums are also recurring characters.

This is another fantastic prank calling app is known for its unique pre-recordings, download to fool your friends and family today!

Choose from a whopping 100+ scenarios which are recorded by professional voice actors.

Some of these scenarios include ‘You Kick My Dog’ and ‘You Scratched My Car’. The Prankster app also provides scenarios in several languages so you can prank just about anyone.

This prank call app is one of very few to offer a soundboard with scenarios, voiced by top US and UK comedians.

Be creative and mix it up by choosing different phrases from the soundboard during a call, giving you complete control in real-time.

Phone calls are recorded and not charged by your phone company as calls are made by the servers of the app. Free credits are also provided daily.

It’s great to have security when making prank calls. However, you may also want to block any unwanted callers from contacting you.

You can also do a reverse phone lookup which immediately identifies an unknown call revealing the number.

This prank app contains various pranks to play on friends, and the sound effects used can also be used for prank calls.

You will receive 6 pranks for free, and if you wish to purchase, 7 more will be available. Some of the free prank sounds include a laugh track, Scissors and Farts/Whoopee cushion. 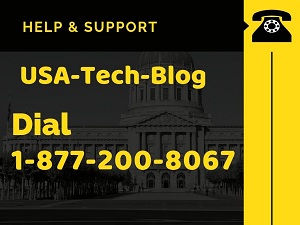