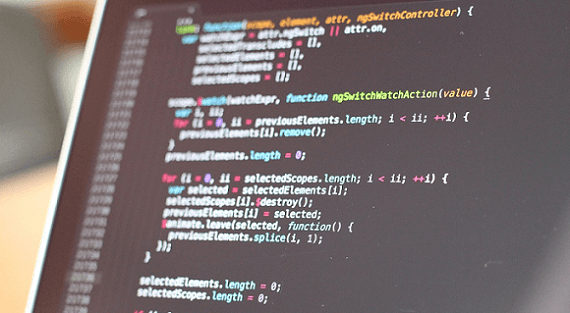 IT professionals and decision-makers were in for a treat when Microsoft made some important announcements at its flagship event, Ignite 2019. This time, the company provided an 87-page document containing all the news items. It contained about 175 separate announcements. I will tell you the top seven that are the most important from a business perspective. Launch of Project Cortex :

Enterprises these days generate countless amounts of documents and data, but it’s often spread across numerous repositories and is hard to find. Project Cortex acts as a knowledge network for your company. It employs machine learning (ML) algorithms that analyze all the documents and contracts in your various repositories, including those of third-party partners. Thereafter, the solution showcases them in Microsoft apps like Outlook, Teams and other Office apps when appropriate. It’s Microsoft’s first new commercial service after the launch of Teams.

In Azure Stack, Microsoft enabled businesses to bring many of Azure’s capabilities into their own data centers. But as it’s a local version of Azure, it only worked on a limited set of hardware.

With the launch of Arc, the IT major has a clear intention of allowing enterprises to use Azure development to manage their resources across AWS, Google Cloud, and other could platforms. It will work for Windows and Linux Servers, as well as Kubernetes clusters. Users can also take some limited Azure data services with them to these platforms.Cortana will be your personal executive assistant and read your emails to you:

Cortana didn’t do well as a consumer product, but Microsoft has a firm belief that there is a large (and lucrative) niche for an assistant that helps you get work done.

Cortana Lives was announced and it also has a male voice. The company also unveiled new Cortana-based experiences that show its voice assistant as an effective tool for productivity. In Outlook on iOS (with Android lined up for later), Cortana can now read your inbox and you can flag emails, delete them or dictate answers by chatting with the assistant. You will also get a daily summary of your calendar appointments and important emails.

Creating chatbots was never so easy, thanks to Power Virtual Agents. It leverages a lot of Azure’s machine learning algorithms so that you can easily create a chatbot with the help of a visual interface. If you need to outgrow that and you want to get to the actual code, you are always free to do so.

But wait. Chatbots are not a new hype in the industry. So how does this new innovation matter? Well, Microsoft believed that developers cannot fully understand what the end-user is looking for from a UI/UX perspective. Thus, anyone can use the tool to build a chatbot in no time and fulfill their underlying objectives.

In this world of BYOD, every employee uses multiple devices, which are always under a common cyber threat. Most IT departments encounter challenges when managing such devices. They often use a mix of different tools (for example, ConfigMgr for PCs and Intune for cloud-based management of phones).

Microsoft has finalized plans to combine its ConfigMgr and Intune services. This move allows enterprises to manage the PCs, laptops, phones, and tablets they issue to their employees under the Endpoint Manager brand. Along with that, it’s also launching a number of tools and recommendations to modernize companies’ deployment strategies. Interestingly, ConfigMgr users will also be given an InTune license to allow them to move to cloud-based management.

If you are a loyal follower of Microsoft’s announcements, the company had announced in Build that it would soon launch a web-based version of its Visual Studio development environment. It will be based on the work it did on the free Visual Studio Code editor. The experience, deeply integrated with Microsoft-owned GitHub, is now live for a preview.

It’s unlikely that Visual Studio Online will replace the desktop-based IDE for most developers, but they can make quick changes to code that lives in GitHub without having to set up their IDE locally.

Microsoft’s Chromium-based version of Edge, expected to be generally available on January 15, is the result of a lot of work from the Edge team. The company is also adding a number of new privacy features to Edge that, in combination with Bing, offer it a competitive edge over some of its rivals. The newly enhanced InPrivate browsing mode is one such feature.

At Ignite 2019, Microsoft also stated that Edge’s business users can benefit from the browser’s deep integration with its updated Bing engine, which can now display business documents as well.

Conclusion :I’ve elaborated only seven of the most important announcements from Ignite 2019 that might have triggered your admiration for Microsoft. But there were many more announcements made in this event and there are many more to come yet. Practically, Microsoft has no limitations whatsoever. Its already-popular ASP.NET application development and other platforms bear testimony to this fact. Now, let’s wait and watch what’s in store in the days to come.

Bharat Patel, who heads the digital marketing team at Brainvire Infotech, is armed with over 12 years of experience in the fields of online marketing and project management. He is extremely proactive in implementing the latest technological innovations in his projects. Bharat’s core expertise lies in search engine optimization (SEO), social media marketing, and conversion rate optimization, among other things. His immense flare of writing encourages him to consistently pen down words revolving around current trends and innovations that relate to his fields of interest.

Why Firefox is not working & how to fix this problem?

A Detailed Guide to Factory Reset iPhone Without Apple ID.