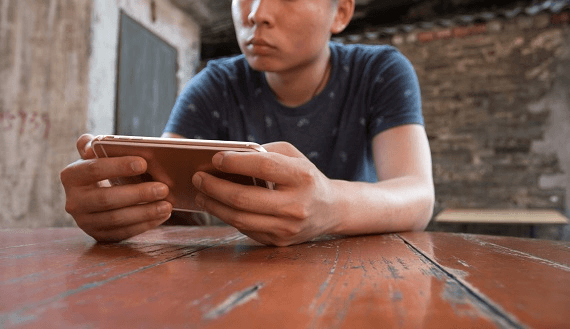 If the iGaming landscape in America was dominated by sports betting in 2019, 2020 is shaping up to be the year that poker goes mobile.

Mobile gaming is no longer just a novelty, it’s powerful gaming vertical in its own right. And as more and more real money mobile apps and games enter the American market, the increasing popularity of gaming on the go is set to push real money apps to the forefront.

The advancement of mobile in the 21st century

Within just a few years during the last decade, the mobile market exploded and became one of the biggest tech trends of the 21st century. We’ve gone from using portable devices to make essential calls and text messages, to carrying the equivalent of mini computers around in our pockets.

This adoption of mobile tech has been widespread. In a 2018 survey of US residents conducted by Pew Data, approximately 99% of all users within the 19 to 49 age group surveyed owned a smartphone, with 97% of all college users also owning one. The market is practically at saturation point, and that’s just in America alone.

Globally, the numbers are huge. According to Statista, 3.5 billion people across the globe now own and use a smartphone – that’s 45.04% of the world’s total population. And a significant percentage of smartphone owners are using them for more than just communication, they’re also taking the place of TVs and video game consoles.

At the end of 2019, it was estimated that mobile gaming was worth $68.5 billion – 45% of the total global gaming market. 33% of all apps downloaded from the various app stores are mobile games, and a total of 50% of mobile app users enjoy playing games, making mobile the second most popular app vertical behind social media/communication apps.

US users spend eight minutes more a day on their smartphones than they do watching television, and by the end of next year, that number is expected to increase to over thirty minutes. Mobile apps are in demand, with gaming apps being more appealing than other entertainment apps like Spotify, Netflix, and YouTube.

For gaming app developers, accessibility is now at an all time high. Smartphone technology is constantly evolving, with manufacturers from Apple to Huawei constantly releasing new models year after year. And as the technology improves, the demand for more innovative and diverse gaming apps will also increase, making it a win-win-win situation for app developers, manufacturers, and mobile users.

The stratospheric success of mobile gaming – as an example, Pokémon GO has generated a total of $2.3 billion in revenue since its launch in 2016 – is also attracting the attention of traditional financial investors. Mobile gaming is a serious, serious business. Even huge financial institutions like Goldman Sachs’ have gotten a piece of the gaming on the go pie, by pouring a $200 million investment into the hyper-casual gaming studio Voodoo.

The mobile ecosystem is shifting and growing by the day, so where does this leave iGaming apps?

Poker on the go?

The answer is in a very strong position. As online operators continue to innovate in the US market with fast-fold poker games and spin & go competition formats, mobile poker apps are beginning to come into their own with the US audience.

Although free to play (aka play money) poker apps have been available on US shores for some time, it’s only in the past 18 months that gamers have been able to access real money gaming apps and platforms for their mobile phones. Thanks to the landmark changes to online gaming legislation in the country, states including Pennsylvania, New Jersey, Nevada, and Delaware have launched online poker platforms, which in turn have been made available on mobile. More states, including West Virginia are expected to follow suit within the next four years, ensuring that mobile poker will become much more widespread.

This emerging market is also benefiting greatly from advancements in mobile gaming tech. Operators can provide convenient ways to play mobile poker that can fit around their lifestyles with ease. Not every person who plays poker has dreams of becoming a world champion, and mobile poker apps offer consumers a way to play short real money sessions during their lunch breaks or on the daily commute.

And if we look at the demographic split of today’s mobile gamer – 51% of mobile users are female, with the average age being 36.3 – mobile poker has the chance to appeal to and capture a powerful audience who may not feel comfortable playing live poker games in a brick and mortar casino. Pair this with the success stories of female poker champions like Muskan Sethi, who first rose to prominence by playing poker remotely, mobile poker could shatter the risky, macho stereotype that has unfortunately come to be associated with the game.